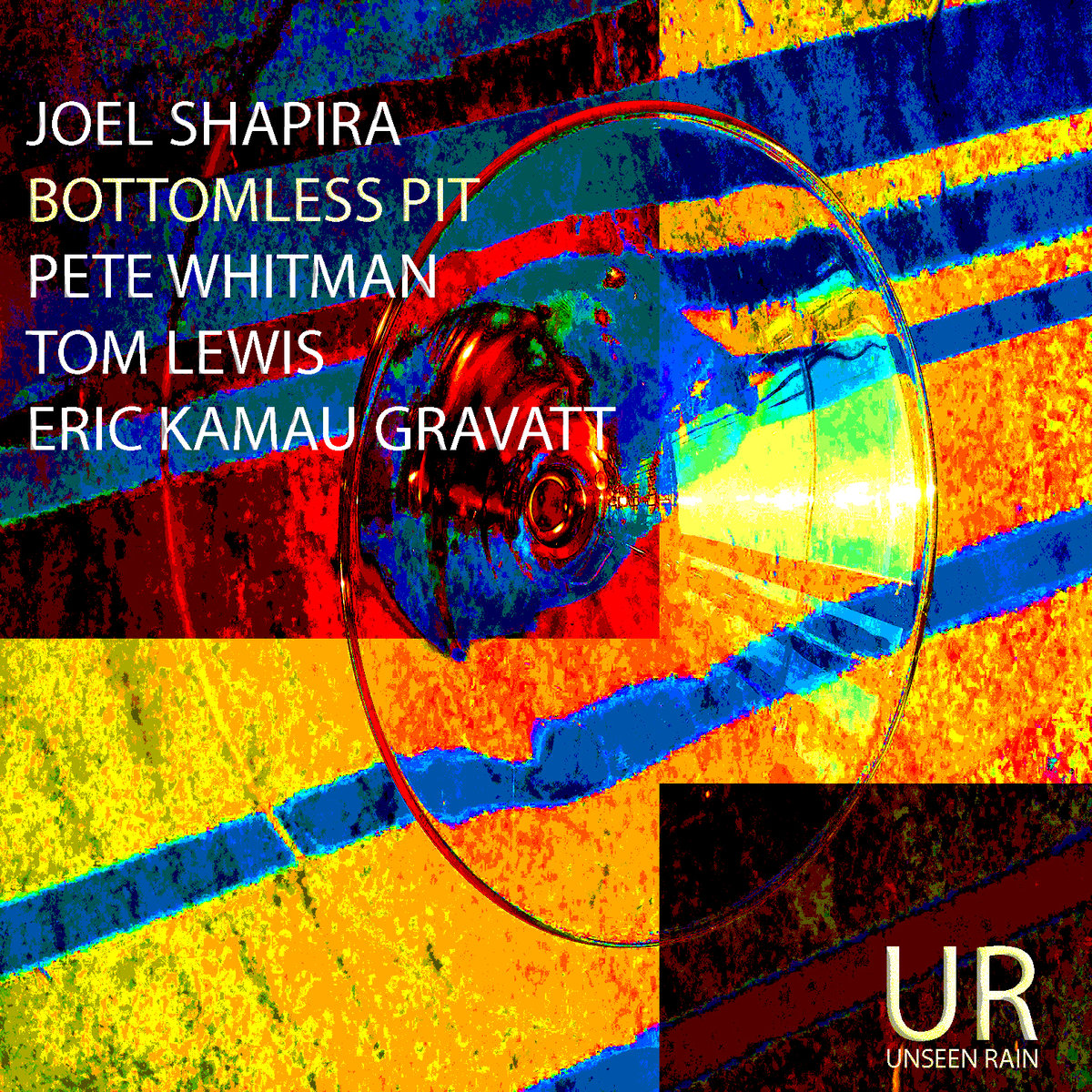 Guitarist Joel Shapira has been busy lately. In addition to his frequent solo gigs and pairing with vocalist Charmin Michelle ("Charmin and Shapira"), Joel has performed regularly at the Dakota with the expanded Charmin and Shapira and Friends, released a guitar duo recording with New Yorker Jack DeSalvo and another (earlier this month) with Dean Granros, recorded during the 2014 Twin Cities Jazz Festival. Now he's assembled a new quartet which debuts in St. Paul Saturday, January 17 at 8:30 pm as the headliner on the Saturday Night Jazz at the Black Dog series. All stars in their own right, members of Bottomless Pit include saxophonist Pete Whitman, bassist Tom Lewis, and drummer Eric Kamau Gravatt. Opening for the quartet at 7 pm will be Jazz Front, with Ted Godbout (piano), Eric Graham (bass), and Jeffrey Dunitz (drums).

St. Paul native Joel Shapira studied at the Berklee College of Music in Boston and at the Mannes School of Music in New York City, as well as with Tal Farlow, Joe Pass, Sharon Isbin, and Anthony Cox. Active in the Twin Cities for the past 16 years, he leads his trio and quartet, provides the instrumental half of the popular duo, Charmin (Michelle) and Shapira and coleads their expanded Charmin and Shapira and Friends. He's led the ensembles Triplicate and Pooches Playhouse and frequently appears with Dean Magraw, Pete Whitman, John Devine, Vic Volare, Dean Granros, and a who's who list of area vocalists. Joel's recordings include two releases with Charmin Michelle (Pure Imagination, Dawning and Daylight), his quartet debut (Open Lines), two albums with Triplicate (Triplicate, Day and Age), a guitar duo with Jack DeSalvo (Inherence, 2014), and the just-released live recording with Dean Granros, Jazz Guitar Duets: Live at the 2014 Twin Cities Jazz Festival.

Veteran sax/flute performer, composer, and arranger Pete Whitman launched his career in Kansas City before moving on to jazz jazz studies at North Texas State University. He toured internationally with the Glenn Miller Orchestra, then moved to the Twin Cities in 1988. Pete's credits on tenor, alto, soprano and flute include performing with Randy Brecker, Jack McDuff, the Woody Herman Orchestra,, Michael Feinstein, Debbie Boone, Rosemary Clooney, Barbara Dennerlein, Lavay Smith & Her Red Hot Skillet Lickers, Dave Stryker, Curtis Fuller and Andres Prado. Perhaps best known as the co-founder and leader of the X-Tet, Pete also led Departure Point and works regularly with the Jazz MN Orchestra, Mississippi, and the Laura Caviani Quartet. He was commissioned to score the film, Been Rich All My Life, about a quartet of octogenarians reprising their dancing days in vaudeville. A dedicated educator, Whitman heads the Woodwind and Brass Department at St. Paul’s McNally Smith College of Music, teaching saxophone, improvisation, and arranging, and leading the McNally Smith X-Tet.

Tom Lewis (bass) is a busy sideman throughout the Twin Cities, a “straight-ahead, hard bop, and bebop bassist and he swings like anything” (Don Berryman). He played in Eddie Berger’s last band, The Jazz All-Stars, and has appeared with such touring artists as Benny Golson, Mose Allison, Jim Rotondi, Slide Hampton, Lew Tabackin, and Charles McPherson . He’s a veteran of the Phil Aaron Trio, Out to Lunch Quintet, The Five, and Spiral Visions, and currently performs regularly with the Phil Hey Quartet and Charmin and Shapira and Friends. Tom appears on numerous recordings with area musicians.

An alum of Weather Report and the bands of McCoy Tyner, Joe Henderson, Freddie Hubbard, Blue Mitchell and others, drummer Eric Kamau Gravatt essentially has had two careers in jazz with a couple decades of separation. Like John Coltrane and long-time associate McCoy Tyner, he is a native of Philadelphia. Originally a conga player, Gravatt taught percussion and music in Philadelphia and Washington, DC in the 1960s. Miles Davis invited him to join his band, but Gravatt turned down the Prince of Darkness to follow Wayne Shorter into Weather Report, with whom he toured and recorded. He moved on to the fusion band Natural Life (with Bobby Peterson and Bob Rockwell), bringing him to the Twin Cities some 30 years ago. Demands of family and a desire for financial stability took Gravatt out of fulltime music and into fulltime work as a guard at the Minnesota Correctional Facility in Lino Lakes. Only after retiring from Lino Lakes did Gravatt return to his calling, touring again with McCoy Tyner, performing with his band, Source Code, and recently engaging in some more experimental improvisations with Adam Linz, Brandon Wozniak, and Dean Magraw, with whom he recently released the duo CD, Fire on the Nile.

Saturday Night Jazz at the Black Dog is curated by Steve Kenny. Every Saturday night, a headliner band--often a veteran ensemble, sometimes a new collaboration--follows an opening ensemble, often newcomers or new configurations. There is no set cover but "tips" of $10+ appreciated to support the music.

The Black Dog is located at 308 Prince Street (at Broadway) in St Paul's Lowertown; www.blackdogstpaul.com. Music begins at 8:30 pm.