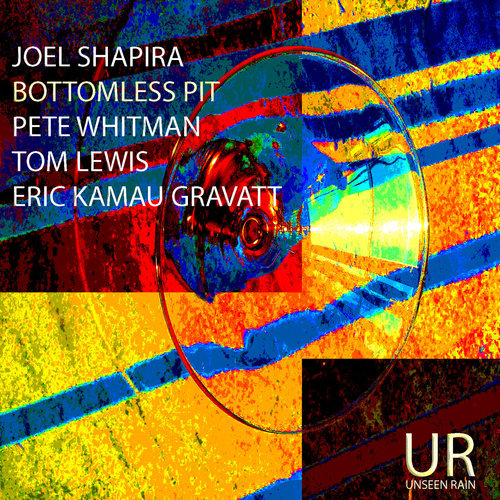 joelshapira.bandcamp.com
unseenrainrecords.com
To purchase Bottomless Pit, send Joel an email at joelshapira@msn.com and include the your name, shipping address, and each item you'd like to order. Then visit paypal.me/joelshapiramusic and enter your payment amount.

Guitarist Joel Shapira has been busy lately. In addition to his frequent solo gigs and pairing with vocalist Charmin Michelle ("Charmin and Shapira"), Joel has performed regularly at the Dakota with the expanded Charmin and Shapira and Friends, released a guitar duo recording with New Yorker Jack DeSalvo and another (earlier this month) with Dean Granros, recorded during the 2014 Twin Cities Jazz Festival. Now he's assembled a new quartet which debuts in St. Paul Saturday, January 17 at 8:30 pm as the headliner on the Saturday Night Jazz at the Black Dog series. All stars in their own right, members of Bottomless Pit include saxophonist Pete Whitman, bassist Tom Lewis, and drummer Eric Kamau Gravatt. Opening for the quartet at 7 pm will be Jazz Front, with Ted Godbout (piano), Eric Graham (bass), and Jeffrey Dunitz (drums).