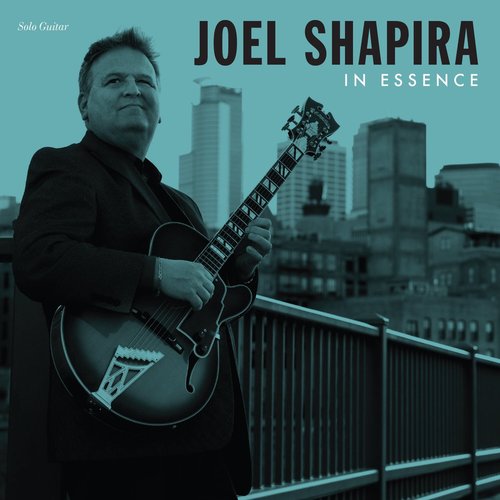 In Essence
Joel Shapira
State of the art solo jazz guitar. Beautifully performed and recorded. For sound samples: http://cdbaby.com/cd/joelshapira2 This and ALL CD's can be ordered directly from me for $12.00. Delivered Regular mail in continental USA. Overseas orders extra depending on shipping costs.
12.00

store.cdbaby.com
To purchase In Essence, send Joel an email at joelshapira@msn.com and include the your name, shipping address, and each item you'd like to order. Then visit paypal.me/joelshapiramusic and enter your payment amount.

Reviews for In Essence

The guitar, and its distant kin, the piano, are self-contained orchestras. Few other instruments possess their range in dynamics and melodic potential.

If you’re going to master either, it helps to be keenly aware of that. It also doesn’t hurt to have a universal sphere of interests.

I can’t think of too many guitar players, or people for that matter, whose passions cut as wide a swath as those of Minnesota’s own Joel Shapira. Musically, he’s an unmatched trove of diversity. Through the modern grapevine of social media I’ve learned that Joel is as well-versed in classical music as he is jazz. He can also dig into classic rock, blues, folk and reference punk with the best of them. And passing these traits on to others is also an obvious love.