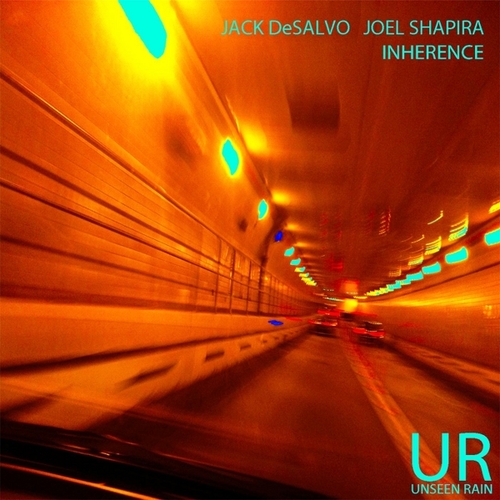 Inherence
Jack DeSalvo and Joel Shapira
This stellar set of duos, that includes music by Wayne Shorter, Ralph Towner, Jack DeSalvo as well as Just Friends and two open pieces, sheds light on the rather lofty state of jazz guitar these days. Master guitarists Jack DeSalvo and Joel Shapira have brought forth a unique and compelling new recording. Recorded in New Jersey in early 2013, “Inherence” abundantly displays both players’ deep commitment to the jazz/improvisational idiom. The release features original and spontaneous compositions as well as a fresh and modern take on cornerstone jazz tunes which showcase the two musicians’ diverse musical backgrounds and their sublime instrumental abilities.
12.00

Joel Shapira
Jack DeSalvo
To purchase Inherence, send Joel an email at joelshapira@msn.com and include the your name, shipping address, and each item you'd like to order. Then visit paypal.me/joelshapiramusic and enter your payment amount.

Former student and mentor, guitarists Joel Shapira and Jack DeSalvo, reunited recently via the internet, and soon found themselves in a New Jersey recording studio. The result is Inherence (Unseen Rain Records), an intriguing and luminous set of guitar duos which Shapira --sans DeSalvo--will celebrate on February 5th at the Black Dog Cafe in St. Paul's Lowertown Arts District. Standing in for DeSalvo (unable to get to Minnesota from the East Coast) will be Minnesota's own guitar guru, Dean Granros.

New York-based DeSalvo and St. Paul’s Shapira have shaped a duo record showcasing their incredible jazz chops while displaying tons of heart. Several of the songs are DeSalvo originals, alongside four Wayne Shorter pieces and two cuts basically improvised on the spot. This is truly a feast for guitar and jazz lovers, revealing new insights with every listen.

Return of the Student: CD captures chemistry between a Master and his former apprentice
Bill Stieger
The Villager

Long-time Mentor. Every artist worth his chops has had one if not more. Whether it is through the inspiration of another artists work or the time spent in a personal apprenticeship, every artist stands on the shoulders of his predecessors.

For a former apprentice to return to his mentor and collaborate is rare, but that is exactly what Highland Park guitarist Joel Shapira has done with his former teacher, Jack DeSalvo. Shapira and DeSalvo have recorded a new album of jazz guitar duets titled “lnherence”. Its release will be celebrated with a concert from 7:30-9:30 p.m. Wednesday, February 5, at the Black Dog Coffee and Wine Bar, 308 Prince St. in St.Paul’s Lowertown.